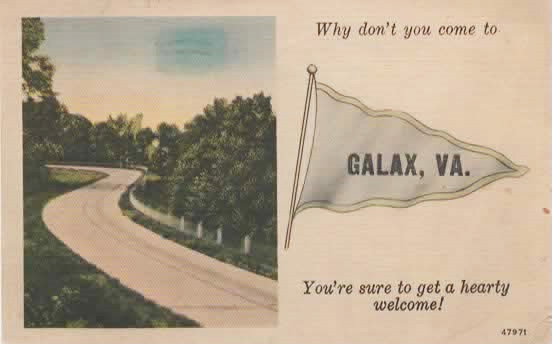 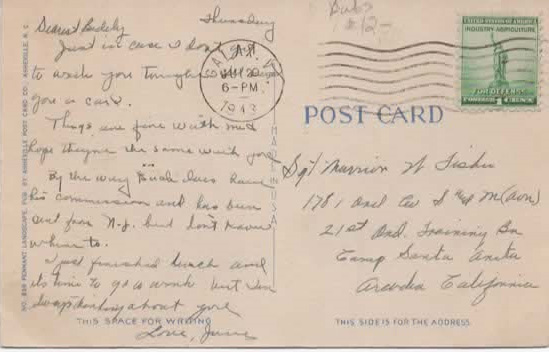 Asheville Post Card Company issue called a “Pennant Landscape”
The “Galax, VA.” is an overprint for a standard card.

It was mailed in 1943, when Galax had half its current population.  It’s hard to read the writing, but I did find Sgt. Marrion W(oodward) Fisher.  Camp Santa Anita was a dog racing park in Arcadia CA that had been taken over by the Army for ordnance training.  Sgt. Fisher was born in 1920 in Bath VA.  He died in 2011 in Covington VA.

I think the signature on the card is “James” 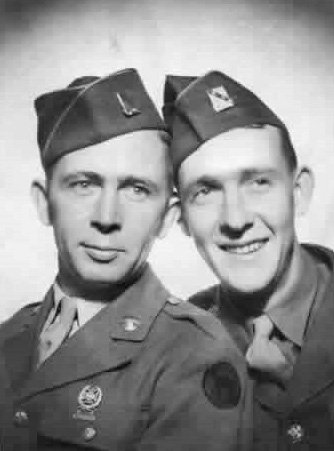 Buford’s on the left, Gerald “Jerry” is on the right.  Both were veterans of WWII.

Buford retired from TVA and died at 92 in Knoxville.

Gerald, who was from Maryville, died in 2003, but I don’t know anything more about it…can’t find an obit.

If you were venturing into the southern climes back around 1956 or so, you might have been on this ocean liner: 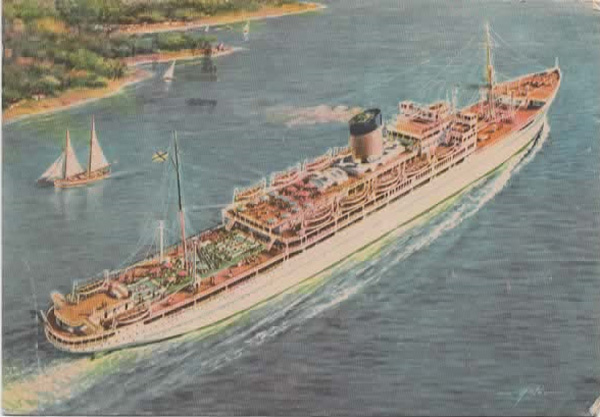 The S.S. Nassau.  It began life in 1922 as the S.S. Mongolia, built in England.  After a number of name changes, it became the Nassau from 1951 to 1961.  It ended up on the West Coast as the S.S. Acapulco, flying the Mexican flag, the only ocean liner to have done so.  But, after 40 years of service, it pretty much ground to a halt on the return trip from England, where she had gone for repairs to her prow.  After a couple of years as a hotel ship, she was scrapped in 1964. 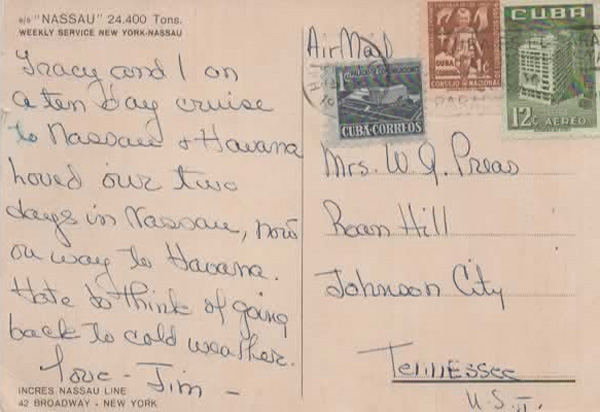 Note the Cuban Cure for Tuberculosis stamp, dated 1956.  The actual date of the postmark isn’t visible, but it couldn’t have been before 1956. Tracy and Jim are having a fab time, apparently, and not looking forward to returning. 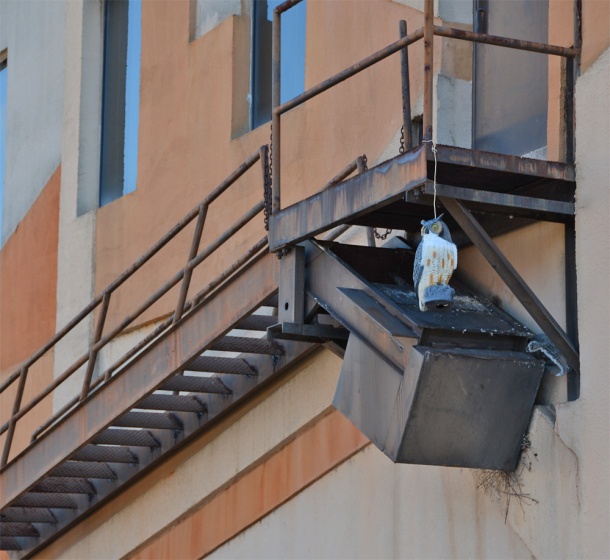 It’s all right, mom, Owl just hang here for a while…

“Fallen” is a band.  And anyone can tell you 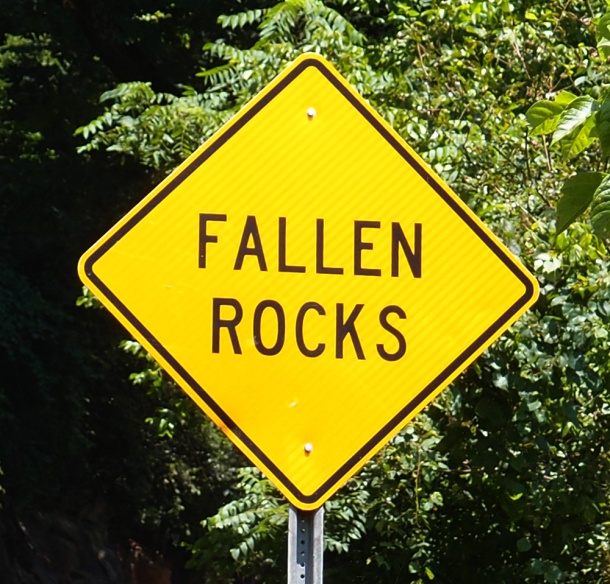 I bought this in an antique shop in Bristol.  A a group of bathers photographed in a studio against an “ocean” background.  This is a Real Photo Post Card.  A one-off.  The Private Mailing Card (PMC) stamp block on the back, along with no division between the “correspondence” and “address” sides puts this in the 1907- 1914 range.  It is an undivided back card, but, for that short period, the U.S. Postal Service allowed a message on the left side of the back with an address on the right.

And the bathing costumes are right for the era.

Then, I got a look at Frank’s feet and legs.  They have had a hard time, but he’s not in the least bit ashamed of it.  Looks like a family group.  I can’t work out the writing, except for the “Frank” below the seated man.  The word above the standing man may be “Mabel” and refer to the woman.  The long word or words along the right bottom corner…well, I don’t know what that spells. 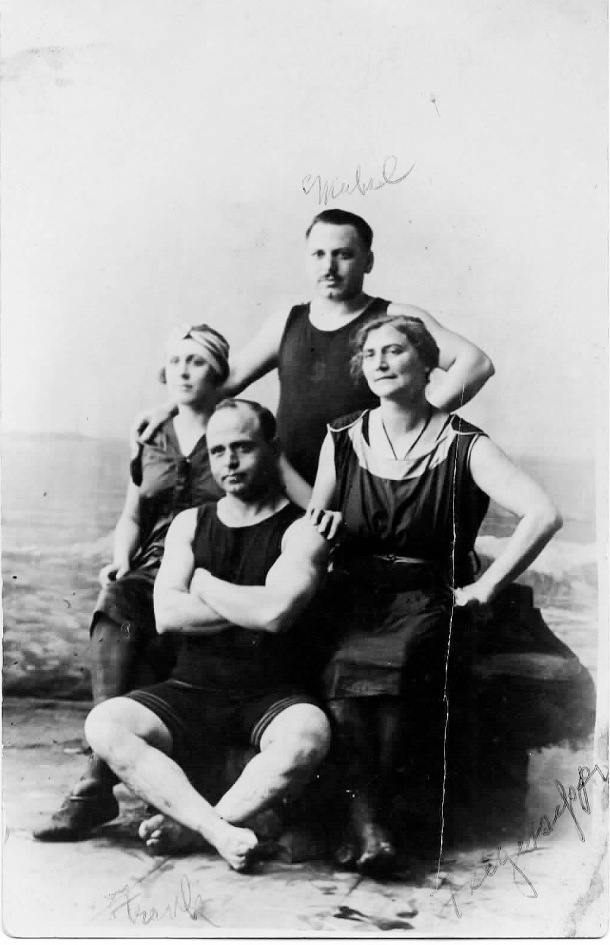 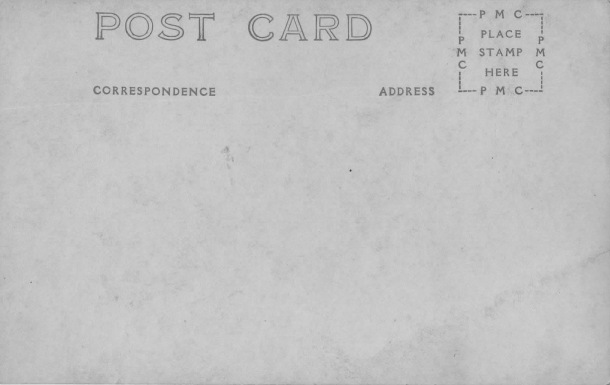 Maybe we should just turn back… 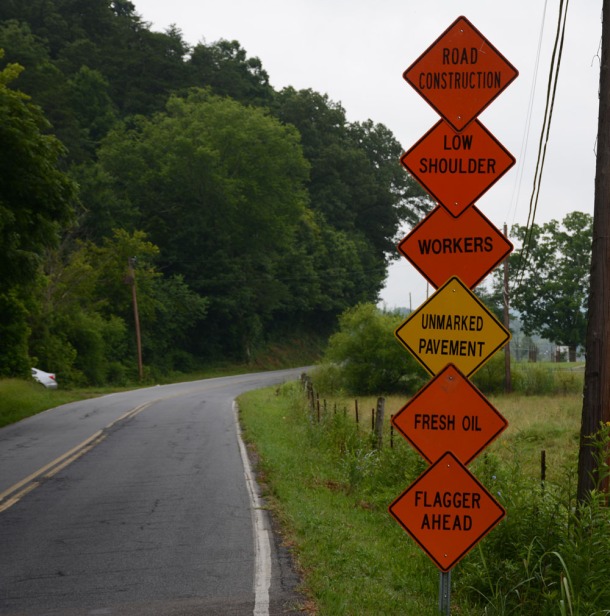 This sign stack was spotted on Bloomingdale Pike (Kingsport TN).