Maybe we should just turn back…

This sign stack was spotted on Bloomingdale Pike (Kingsport TN). 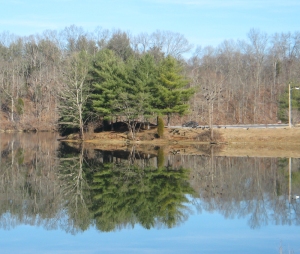 This is on Duck Island.  Note the informal meeting of many of the park’s resident turkey vultures.
But, then, they just could be fat, ugly corvines in a murder.

I posted this on my Kingsport site, but I thought it’d fit here, too. Lucky shot.

I found this at an antique mall in Kingsport TN.  It was taken around  the turn of the last century in Newburgh NY, on the Hudson River about 55 miles due north of New York City.  It was taken at Peck Studios on Water Street.  This photographic studio was established in 1860, about 30 years after photography became a known thing.  The boy (about 12 or 13, I think) is well dressed, his hands and fingernails are clean and he looks intelligent.  He’s had a recent growth spurt, as shown by the slightly short sleeves of his jacket.  His shoes seem too big, but that may have been to allow for growth.
The studio camera lens was none too sharp.  A 600 ppi scan shows a severe drop off in focus when expanded 200%.  I’ve applied a duplicate layer, set to overlay.  I have adjusted for levels and for mid-range lighting, and I cleaned up a few spots.  I then applied an all-purpose unsharp mask to tighten it up a bit.

The photo is in a gray, reed pattern, gate fold matte, with the name “Peck” in script and “Newburgh, N.Y.” in sanserif below the photograph.

I wonder what became of him. 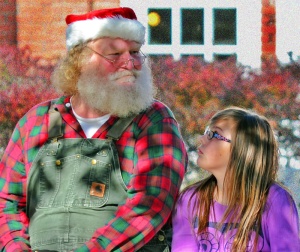 I don’t know what the heck this thing is.  I think it’s some sort of crusher, since it was at what used to be General Shale in Kingsport.  I liked it because it had those large gears and because it was pink.  Big, butch, pink machine.  A trifecta.